“She believed in nothing…”

“She believed in nothing; only her skepticism kept her from being an atheist.”

This quote is attributed to Jean Paul Sartre, who I heard about while listening to Eckart Tolle’s book, A New Earth. When I looked him up, this is one of the quotes I found and it immediately struck me because it’s expressed at two levels of understanding.

I love simultaneous expressions of understanding using one phrase, it makes me laugh with delight every time because of the depth and irony I can feel in the words.

Only her skepticism kept her from being an atheist; another simultaneous expression. She doubts both her non-belief in god AND doubts her perception of what we are as nothing. 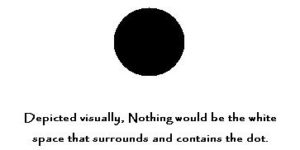 It’s her doubt/questioning of both that allows her to maintain the possible existence of God within her worldview. After powerful insights or spiritual experiences, what we learn becomes the foundation of beliefs that, ironically, aren’t True because a belief is something we create with our mind in order to understand and relate to what we experienced. We are closer to Truth when we question these beliefs because we are contemplating what is True in THIS moment, not a moment in the past. No matter momentous and life changing as that moment was.

So, her skepticism keeps her awareness of Truth/God close to her, at or near a conscious level of understanding, and thus she cannot be an atheist. I love the irony, the play on words and his being able to express soooo much with this sentence. It’s BRILLIANT!

In love, one and one are one.~Jean-Paul Sartre